In a botanical sense, Rhubarb, despite its acidic flavor, is classified as a vegetable by botanists, but its thick, meaty stalks are often put to the same culinary uses as fruits. It's easy to confuse it for a fruit. In fact, rhubarb is formally categorized as a fruit by the U.S. Department of Agriculture (USDA), which adds to the confusion. It is a plant that originated in Asia. It arrived in Europe in the 1600s and then in America not long after. It thrives in colder climates, popular throughout northern gardens. Rhubarb is an easy plant to grow, but it requires a period of dormancy in order to develop and produce an abundance of large stalks.

Rhubarb comes in two varieties. The first, forced rhubarb, appears early in the year and is cultivated in pots in the area around Leeds, Wakefield, and Bradford known as the ‘Rhubarb Triangle.' It has watermelon pink stalks with pale lime-green leaves and is the more tender and delicate of the two varieties.

The second, known as maincrop rhubarb, is harvested in the spring after being grown outdoors. Its stems are a darker crimson with a green tinge, and its leaves are bright green. It has a richer flavor and a more dense texture than the forced variety.

A common practice in Northern Europe and North America is the chopping of its stalks into bits and cooking with additional sugar until tender. The resulting compote can subsequently be used in pies, tarts, and crumbles, and is sometimes thickened with corn starch. To make jams, higher amounts of sugar and pectin might be used instead. It is often paired with ginger, cinnamon, and nutmeg. Rhubarb has earned the nickname "pie plant" due to its widespread use in pies.

According to the USDA, one cup (122g) of diced rhubarb contains the following nutrition information:

Rhubarb is a good source of vitamin K, with a full cup containing at least 40% of your daily requirements. Rhubarb is also an excellent source of vitamin C, delivering 11% of the recommended amount set by the Food and Drug Administration per cup. Vitamin A, vitamin E, thiamin, riboflavin, niacin, and folate are all found in rhubarb. Vitamin B6 and pantothenic acid are present in lesser levels. 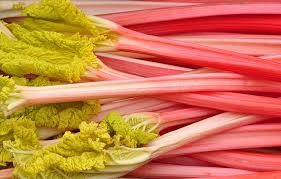 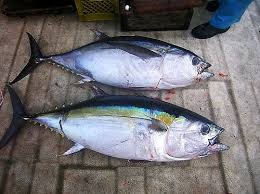 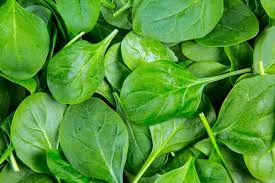 Here are the locals near you selling fresh Rhubarb: